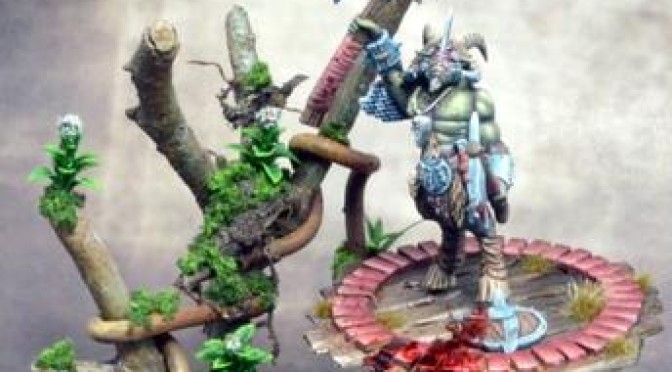 The Chest of Colors Arena miniature painting contest is over. You had your chance to enter, and then your chance to vote. Now it’s time to announce the winners…

Painters had a month to prepare their entries, and every one was allowed to enter up to 3 models. After the deadline we ended up with 16 entries, presenting a variety of styles, races, approaches and models.

And the winner is…

… Mahon with his Mjolnir the Ogre:

As you surely remember, Chest of Colors members cannot get the main prize, so the Red Sand Black Moon rulebook goes to the second place winner, Madfly-art, for his Lizardman Hero:

And if you are still curious about the third place, it went to Egrim van Horstmann for his “Who Rules the Jungle?”. The base was a bit overkill for a gaming model, wasn’t it? 😉

We hope you like these winning works, and we’ll be happy to discuss them and the contest in comments below.

We mentioned there will be some random prizes for random participants. This time lady luck smiled upon Metalchaos, Gnottapan and Egrim van Horstmann. You will be contacted by us soon, so we can send the prizes to you.

Now you surely wonder how the instant runoff voting worked in this case. Let us explain it to you.

Had we been using the normal “vote for the winner” voting, there would be a tie between Mahon’s Mjolnir the Ogre and Egrim van Horstmann’s “Who Rules the Jungle?”. No entry would gain a decisive advantage over others though, but many votes would effectively be wasted, not helping determine the eventual winner. No entry would exceed the 50% threshold, too.

Now with the instant runoff, every voter chooses more than one candidate and does it in order of his preference. The winner has to collect more than 50% of votes. If there is no such winner, weakest entries are eliminated but their votes are not wasted. They go to the next preferred choices on their lists.

In our case we had a tie between Mjolnir the Ogre and “Who Rules the Jungle?”, so we eliminated all entries which got no “first preference” votes, and were left with 6 entries. No votes discarded yet, right? Then we eliminated all entries which received 1 vote, and checked which models were the next preference choices of voters whose first choices were eliminated. This gave a little boost to Mjolnir the Ogre and a larger boost to the Lizardman Hero. Still no winner though, as these two models tied with an equal number of votes now.

So after another elimination of the weakest, votes were assigned from eliminated models to the next preferred ones, and now Mjolnir the Ogre managed to exceed the 50% threshold and became the winner, with Lizardman Hero being second.

What do we think about this system of voting?

It definitely is interesting as it allows your vote to count even if your candidate doesn’t win. This encourages to vote even when you are sure your candidate cannot win, because your vote still can influence the voting with your next preferred choices. We’re not surprised this method is used for some respectable and recognized awards. We will surely be using it again in future.

Will there be more contests?

And in the meantime we would like to thank you for your participation and to invite you to leaving a comment below. What was good about the contest, what was less so, what would you like to see changed in the next contests? And what do you think about the entries? 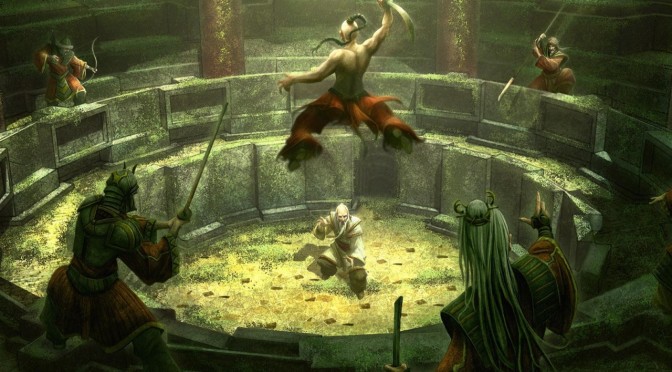 As you surely remember, Chest of Colors Arena was our first miniature painting competition after a really long (or even: embarrassingly long) break. Now we’re back with the gallery of contest entries and more!

To make things easier for our readers, let me just remind you that the contest was all about painting fantasy gladiators. Or pit fighters. Or warriors. Call them what you want. We were pretty much relaxed about this definition, just like Two Hour Wargames were in their Red Sand Black Moon game of fantasy gladiatorial combat (which happened to be the main prize in the contest).

The entries were supposed to be based for gaming and every participant could enter up to 3 entries.

In addition to the main prize, there would be additional prizes for random participants (one chance per entry). So let’s see who was competing for your votes…

You may see that some entries feature removable display plinths or fancy backgrounds. Please bear in mind that these plinths or scenery pieces should not be taken into account by voters, as the miniatures alone are the subject of this contest.

The winner will be determined in voting. Every participant and every member of Chest of Colors team or painting studio will be allowed to vote in a poll. We’ll be using instant runoff voting to determine the winner, just like it’s done for some popular events, like Hugo awards or Oscars (Academy Awards). We will not go into details of the instant runoff voting here, as you can easily follow the link to learn more about the system. Voters will receive information about the system though.

Now that you’ve seen all the entries, wait for the information how to vote – if you are entitled to vote, or otherwise for voting to be closed. And if you would like to try your luck in another painting contest, we’re already preparing a new one. Stay tuned for more information! 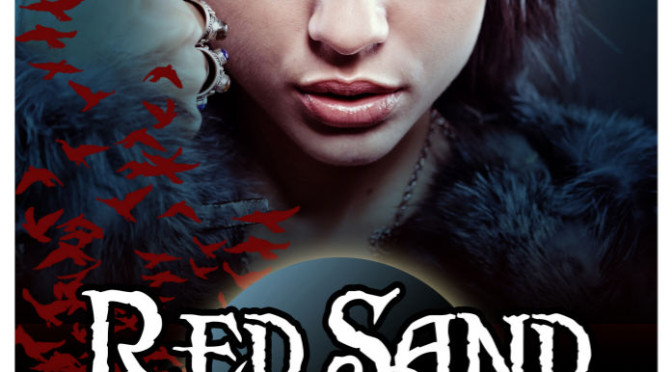 We’re happy to announce a painting contest after a very long break. And when I say “very long”, I really mean it. The last contest we had here was in 2005, but if this one turns out to be popular – we’ll surely arrange more contests for you.

Now to the meaty details!

So what’s the deal with Red Sand Black Moon?

Red Sand Black Moon is a game of fantasy gladiatorial combat that can be played with any miniatures, from any manufacturer, in any scale. Two miniatures will be enough – you don’t really need a whole army to start playing, and you can get the whole duel played in about half an hour. You can enter nearly any fantasy warrior from any race – so it can be a dark elf, a dwarf, a human, a demon, an ogre, a troll, an orc, a skeleton, or even serpent man! And if your fighter is a human, he can be a knight, a soldier, or even a peasant. If the word “gladiatorial” brought the image of ancient Roman gladiators to your mind, you will be surprised. Don’t be misled, RSBM fighters are not expected to be running an arena in loinclothes and fancy helmets, presenting their oiled bodies. Here it’s much more brutal – there’s no chance for mercy. You either win or die. RSBM combat is brutal, dirty and messy. These guys are expected to get all dirty, covered with gore and bleeding from multiple wounds. These are all-or-nothing fights!

Think more along the lines of pit fighting, illegal bets and fights, and dark backstreet fights. Of course, some arenas will be huge and elegant, but many will be nothing more than small clearings where fighters meet to try their skills in deadly combat, to win favors of the crowd or… to lose their lives.

And why are you telling us about it all?

Because the subject of this contest is painting a RSBM gladiator! So go back to the previous section and re-read it. No, you won’t be painting a Roman gladiator. What this contest is about is painting fantasy warriors that represent these grizzled veterans of many a combat where no mercy is shown. These are not standard soldiers who need to obey some rules or to follow some smart strategies. These are brutal pit fighters, who risk their lives to earn a few coins by slaying one opponent after another.

We want to impose only as few limits as necessary, so here are the rules: The model which collects the most votes will receive the grand prize.

Voting will be open for one week. We are sure it’s enough to review all entries and to choose your favorite. While voting bear the theme in your minds. Now to the cool things:

The grand prize is a Red Sand Black Moon rulebook. You will already have one fighter painted, so why don’t you paint an opponent and try their luck in a RSBM match? In case of any questions – ask them in comments below. We’ll do our best to answer them as soon as possible. Use your imagination and open your minds. Think about all these nice minis that can easily represent fantasy gladiators. For example doesn’t Grimgor Ironhide look like one? UPDATE: We’re not accepting any more entries. You can see the entries we received in the Chest of Colors Arena gallery and voting post, and here’s the official winners announcement.

(PS – most images were used without permission and for hobby purposes alone. If you want your picture removed from this article – contact us about it, please.)