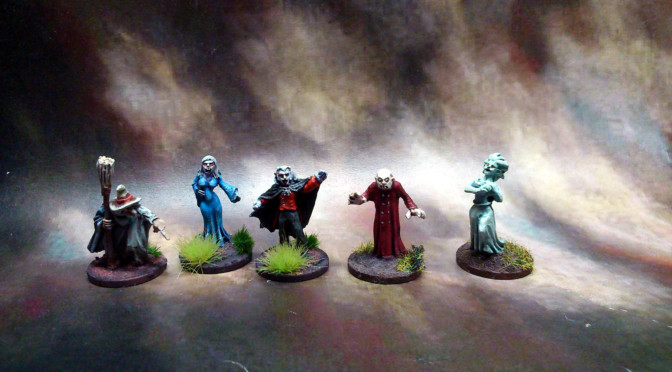 some time ago I started painting miniatures for a game called Chaos in Carpathia – http://chestofcolors.com/chaos-in-carpathia/

Although I still haven’t played any game with them, I just love the miniatures and it brings me tons of joy to paint them. This time I have painted some vampires.

It’s really refreshing to try something new, my choice went for 15mm miniatures from Blue Moon Manufacturing . The made a game called Chaos in Carpathia. The  producer describes this game as …

Chaos in Carpathia (CIC) combines fast-paced,
skirmish-level miniature-battle action with a detailed
campaign system. The game is designed to simulate
clashes between men and monsters in the Victorian era.
Following in the tradition of classic tales like
Dracula, the Werewolf, and Frankenstein, CIC allows
players to fight epic battles pitting heroes against
villains.

Here is some progress I am making on painting my little, 15mm war bands. So far I’ve got some vampire slayers and werewolves ready. Next will be vampires and zombies.