by Nameless
geez, these two are almost identical!

its the same i didnt knew it was from kromlech

by Nameless
for some strange reason, a cool guy under the nick of Jabberwocky whom I know from the Reaper forum, decided to send me this uber cool set of converted wings, so that my army gets some variety...

thank you Sean, your gift was unexpected and will not be forgotten!

Squad Fly, comprising my very old conversions of plague marines, with a standard (and two hands, cause I've lost some bits over the years) taken from plaguebearers box, and new cool backpacks combined with wings 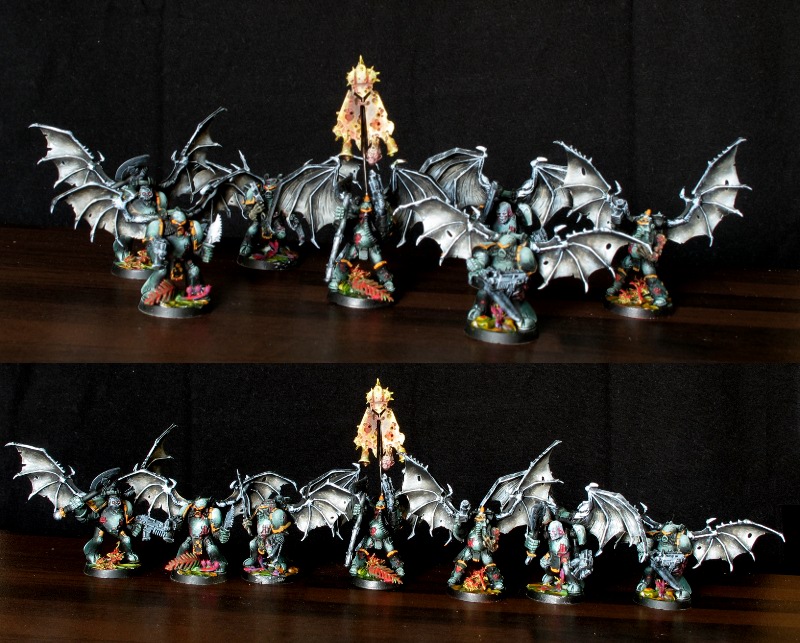 and they look really cool

by Gildor
I like color scheme of you army and I think that it looks escpecially good on these flying guys,
Well done

nothing done for 4 months... but, now all 8 models are assembled,converted and primed...

by sea.man
so now it's downhill

by Nameless
more like a light in the tunnel, or finish line

I painted the last unit for the Nameless Guard today... 1 model and 8 bases left... oh yeah