by Hellspawn
"L'armée de mer" (army of the sea) (there is a typo on the card but it should be fixed): 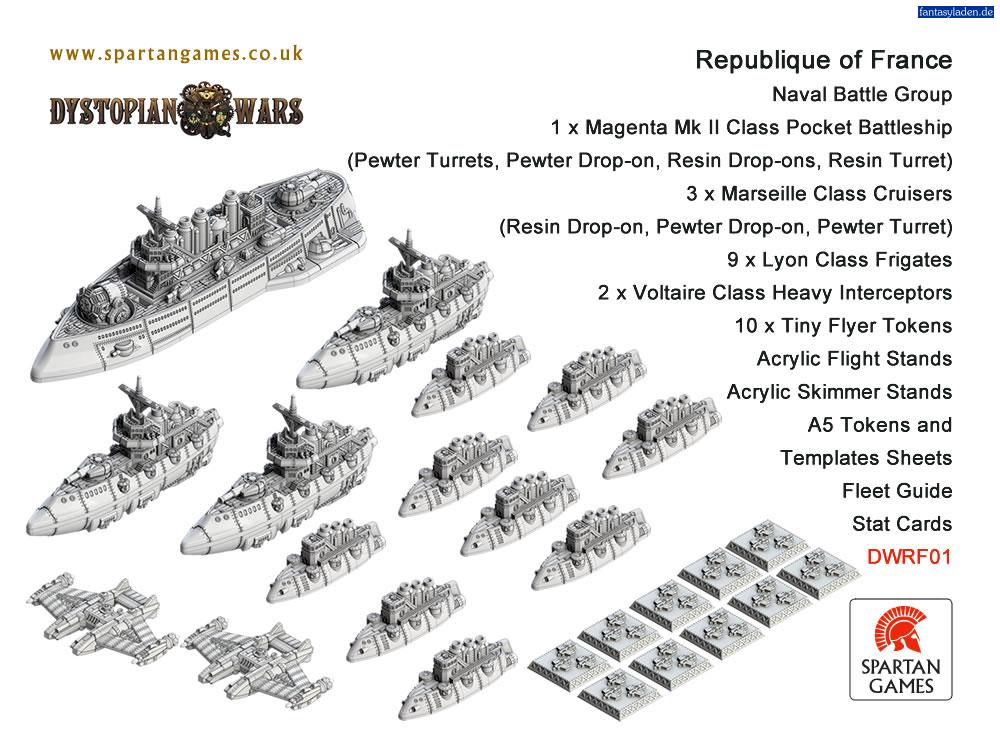 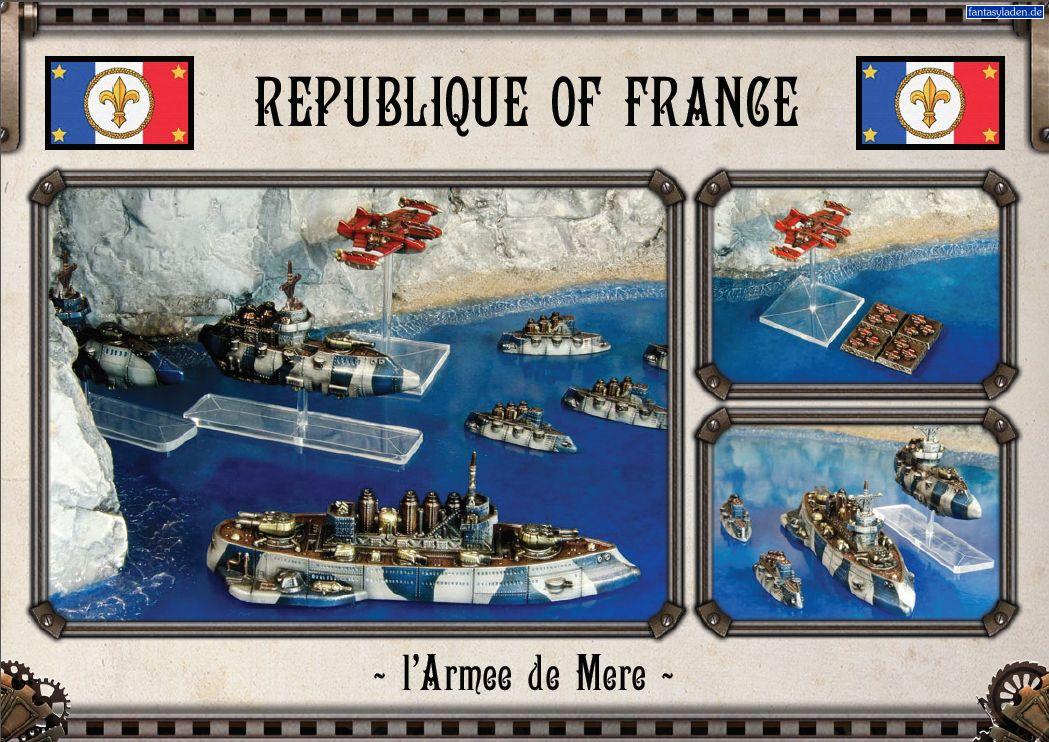 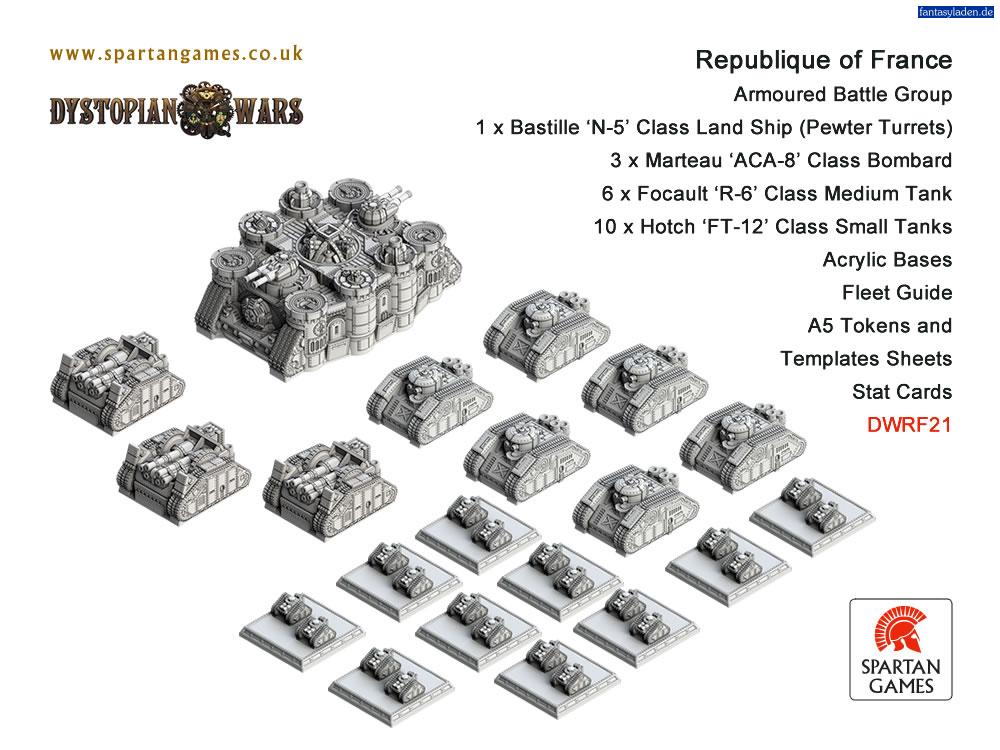 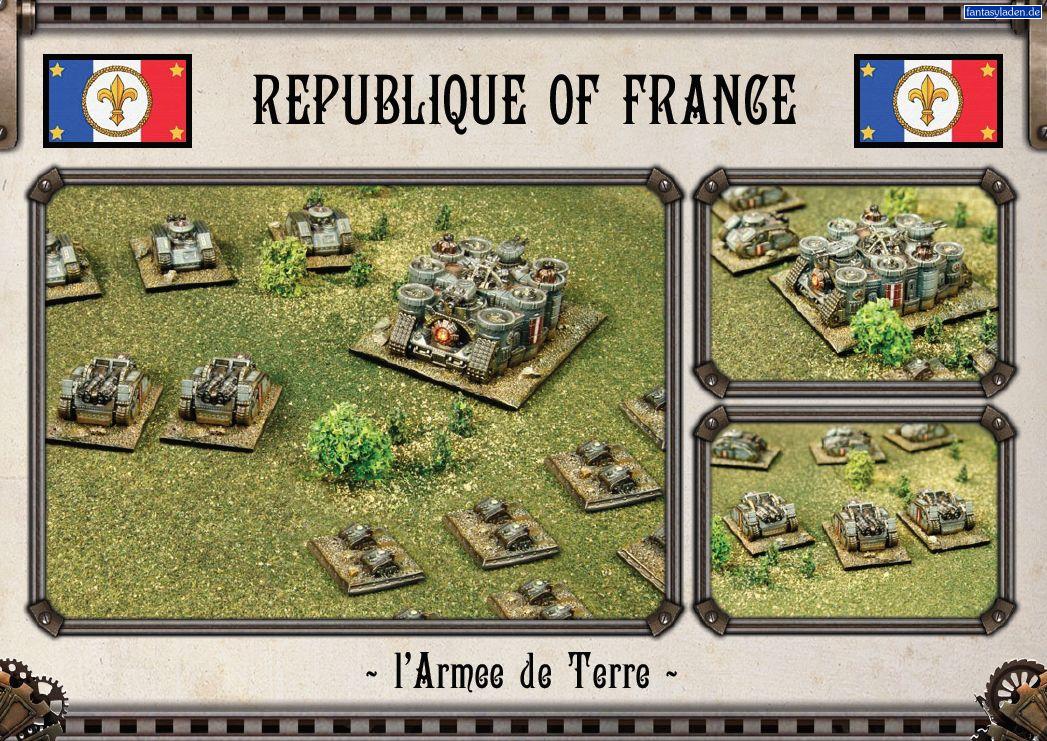 Well, they look okish, but I really prefer the Covenant of Antarctic

by Hellspawn
Might have posted some already but well, it's the official release

Subscribers to our newsletter have already been made aware that the Republique of France will be hitting stores in early March, and we’re sure that you’re as excited as we are. We cannot wait to share these stunning models with you, but we also know you will be hungry to learn more about the history of this upcoming Nation. That is why, today, we are offering our readers some background about the French. Specifically, we take a look at President Louis-Napoleon Bonaparte – nephew of the legendary Napoleon Bonaparte and current President of the Republique of France.

He has led a tempestuous life, spent mainly as a traveller in places as diverse as South America and West Africa. As the nominal head of the Bonaparte family, he and his supporters tried several times, by both legitimate and illegitimate means, to unseat the ruling Parti Gaulois in France.
President Louis-Napoleon Bonaparte

Eventually, whilst suffering a temporary bout of severe impoverishment in Britannia, he attended the Royal Society symposium in 1850 where Lord Sturgeon presented his findings from the Vault.

Witnessing Sturgeon’s humiliation at the hands of his audience, Louis decided to answer the maverick scientist’s call for volunteers to accompany a new expedition. He and his few remaining followers signed on with Sturgeon, spending much of their modest wealth in outfitting themselves. Louis-Napoleon sailed with the flotilla that accompanied Sturgeon’s return to Antarctica in 1850.

Louis stayed in Antarctica for several years. While never a member of Sturgeon’s inner coterie, he was nonetheless instrumental in founding the settlement now called The Gateway on the island of South Georgia. However, Louis’ true loyalty and ambitions remained first and foremost tied to France.

Persuading Sturgeon to appoint him as an emissary to the Republique (so as to gain diplomatic immunity to prosecution), Bonaparte returned to France in 1862.

Almost immediately on his return, he set about harnessing the opposition to the government to his own ends. With tension in Europe growing, the people of France were becoming increasingly wary of President Dumont offering unwavering support to the Prussians. Louis capitalised on his position as heir to the legendary Bonaparte name to cement an alliance of dissenters, which became an increasingly noisy presence in French politics.

Sturgeon, dismayed at what he felt was Louis’ rank abuse of his privileged position for partisan purposes promptly cut his erstwhile friend loose in 1863, stripping him not only of his position as emissary of the Covenant, but also of citizenship of the Covenant itself. A political pragmatist, Louis accepted his loss with neither regret nor malice, and by this time he had already become so visible and popular that the French government dare not arrest him for fear of provoking a storm.

Louis-Napoleon stood for election to the Presidency in 1866, promising grand plans of reform and the revitalisation of France. He accused Dumont and the Parti Gaulois of being unworthy of the very name of their faction.

They had, Louis said allowed France to stagnate to a point where it was patently almost impossible for the nation to act on any matter – including some of those within its own borders – without Prussian remit.

Although Bonaparte exaggerated the scale of the issues, as politicians will, even his harshest critics could see that there was some truth to his claims. The French electorate was more unequivocal – they elected him in a landslide that also gave the Imperial Eagles a clear majority in the Chamber of Deputies. From obscurity, Louis-Napoleon Bonaparte had risen to a position of almost unfettered power in France.

Today Louis cuts a striking figure physically as well as politically. He is no longer a young man, and hard years adventuring and living in Antarctica have left him reliant upon a number of mechanical and chemical aids. He walks with the assistance of a special armature constructed for him in Wells Chasm.

>He also has to take a cocktail of elixirs to treat several ailments such as rheumatism and gout, while his eyesight is maintained by a special optical array similar to those employed by marksmen. Nonetheless, he is still more than capable of impressive feats of physicality when necessary, riding with his troops on exercise and making extensive tours of his nation. 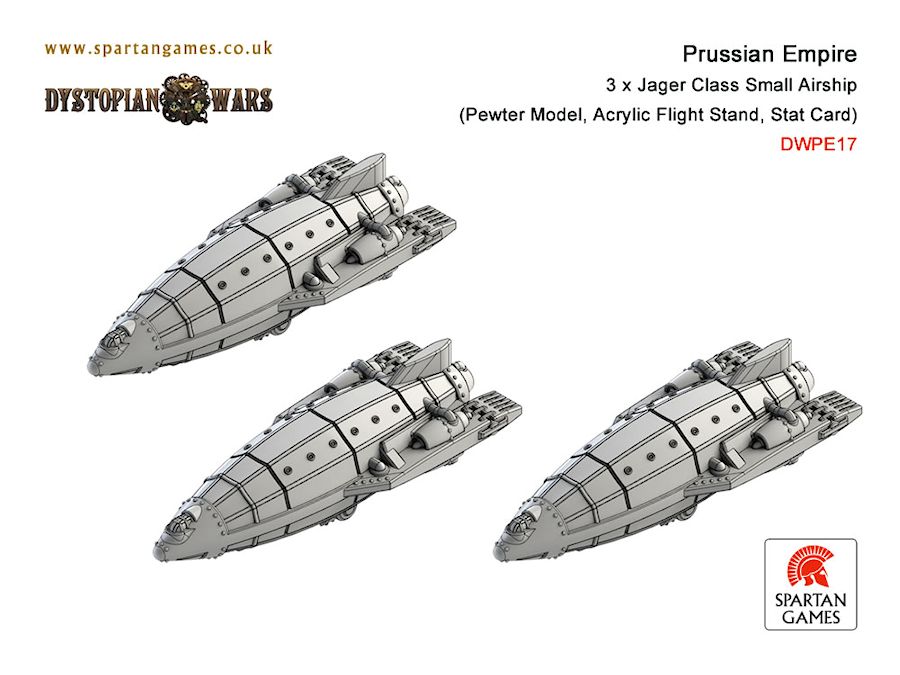 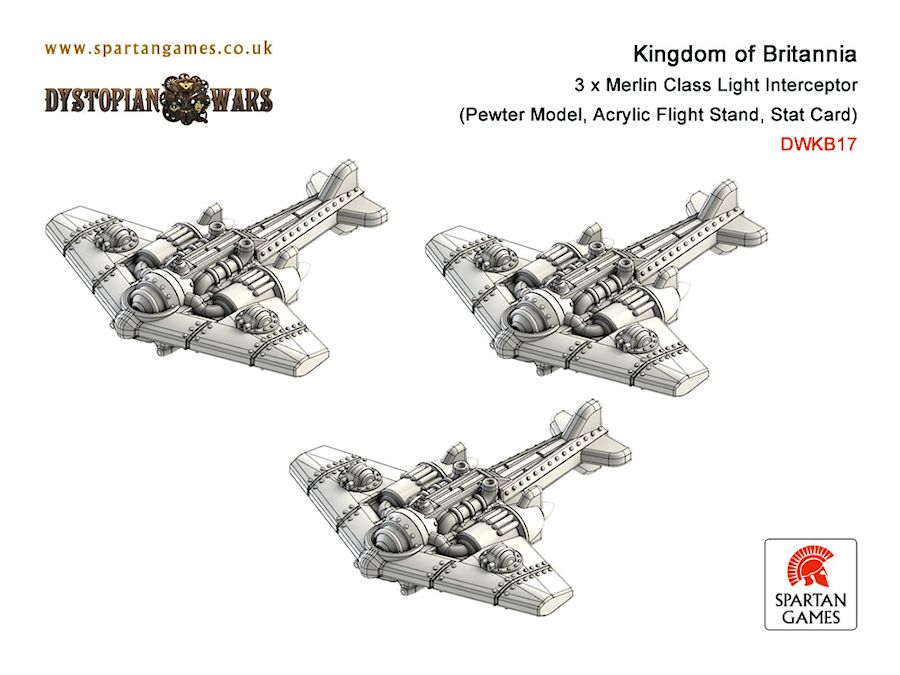 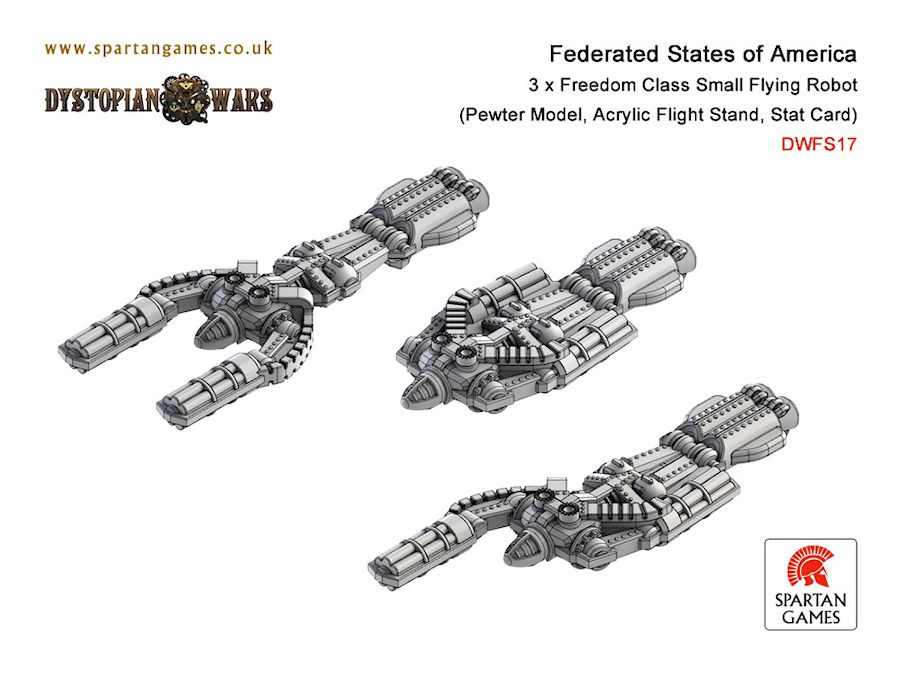 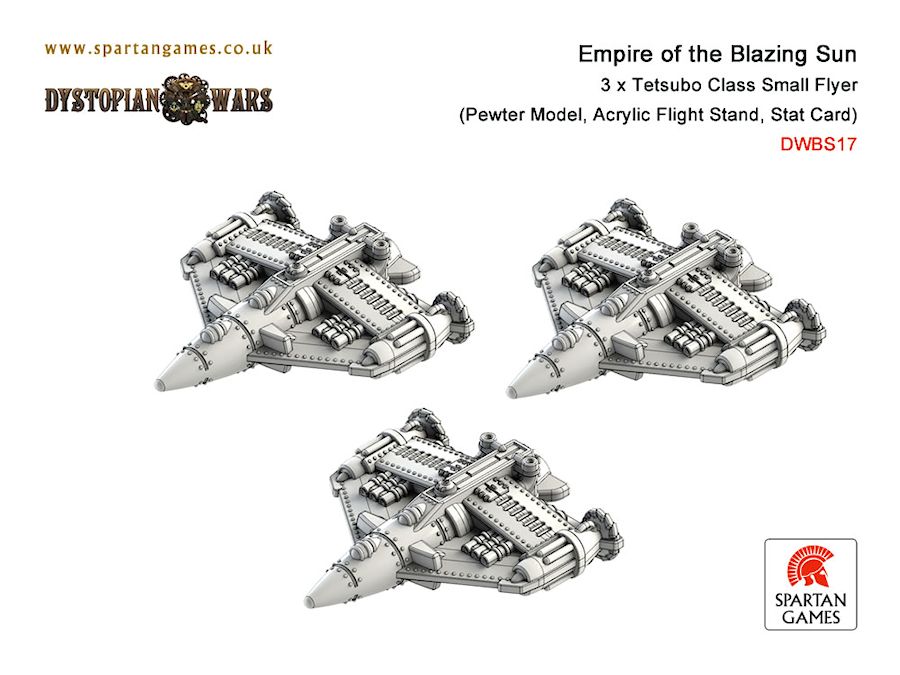 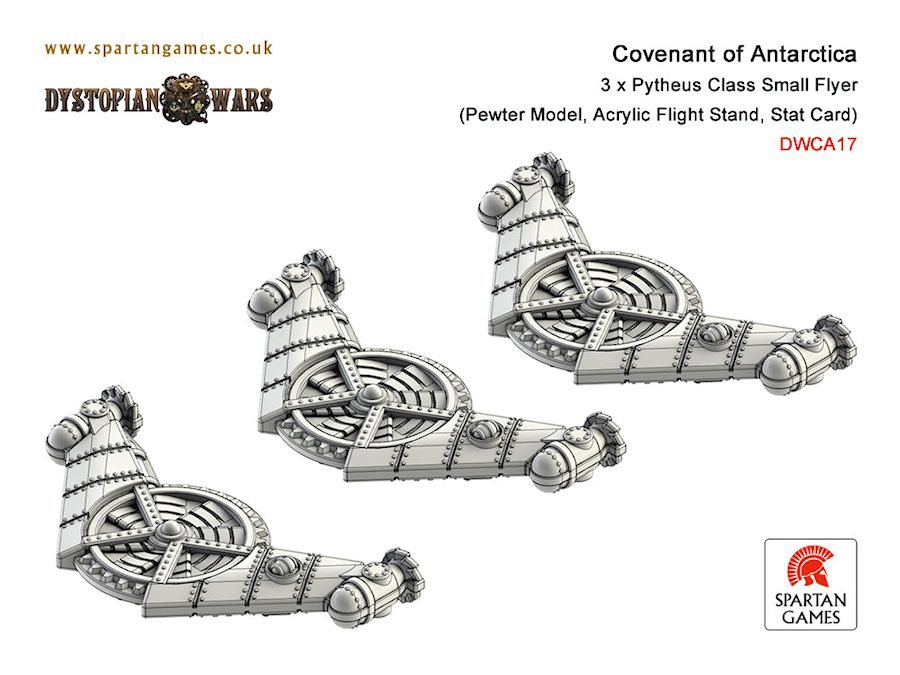 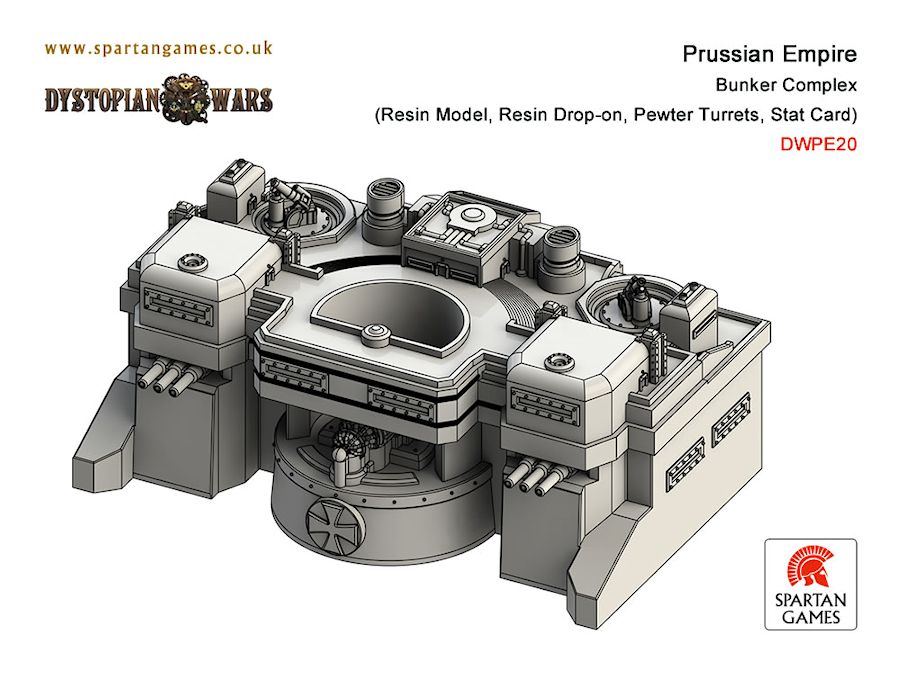 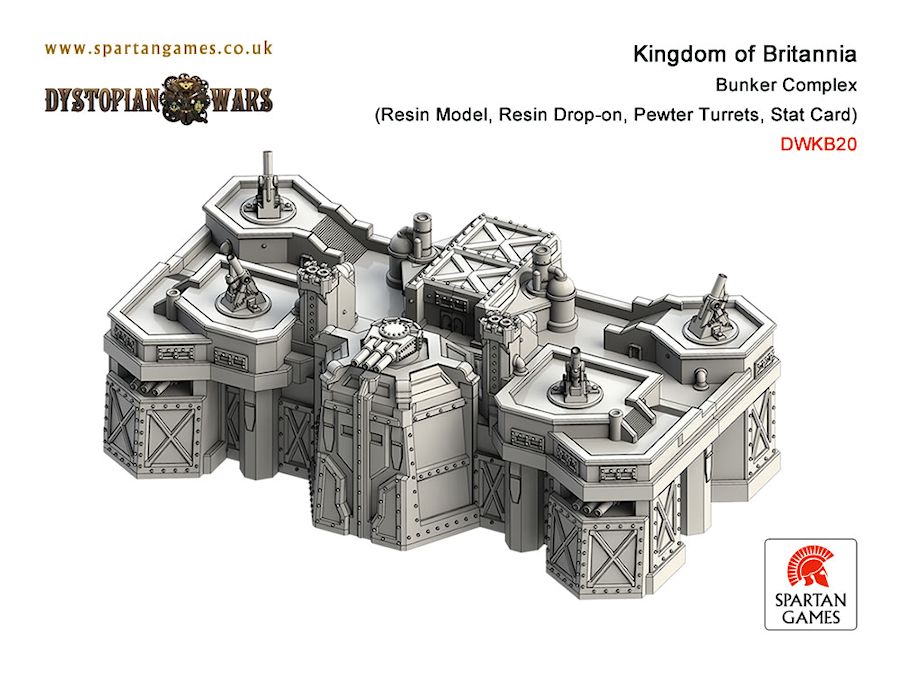 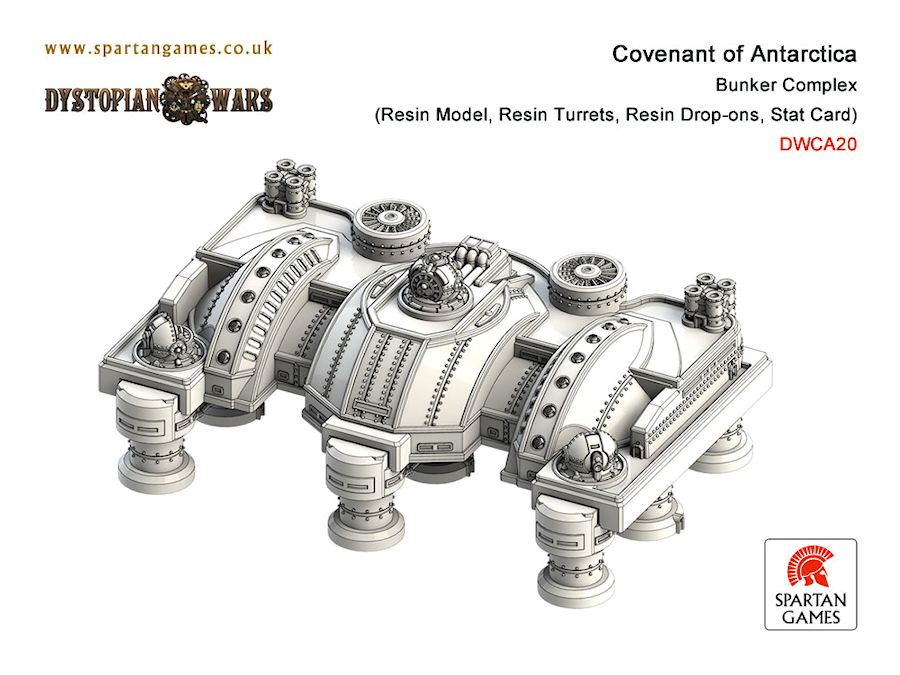 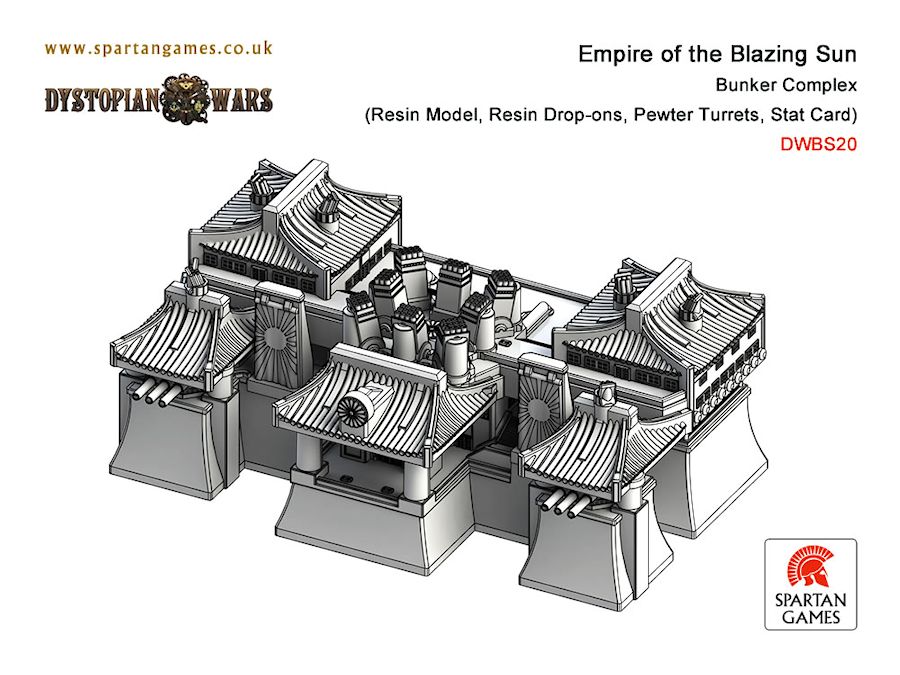 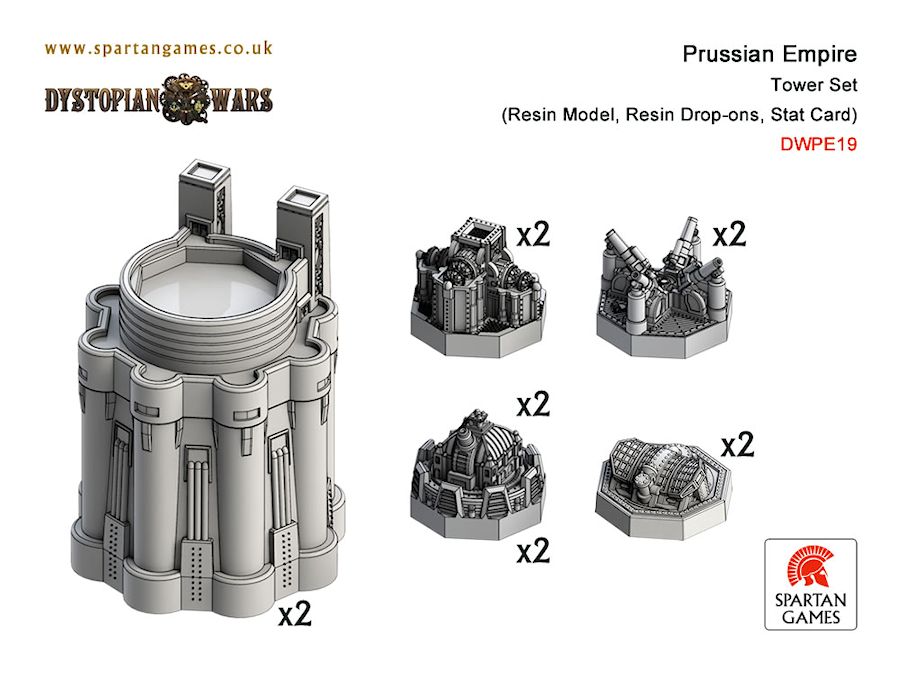 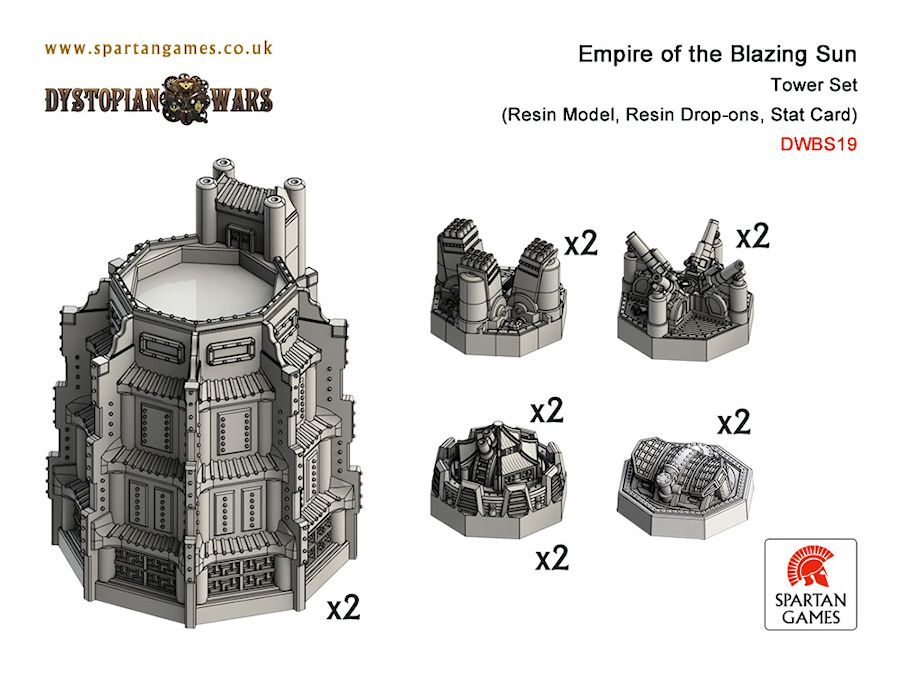 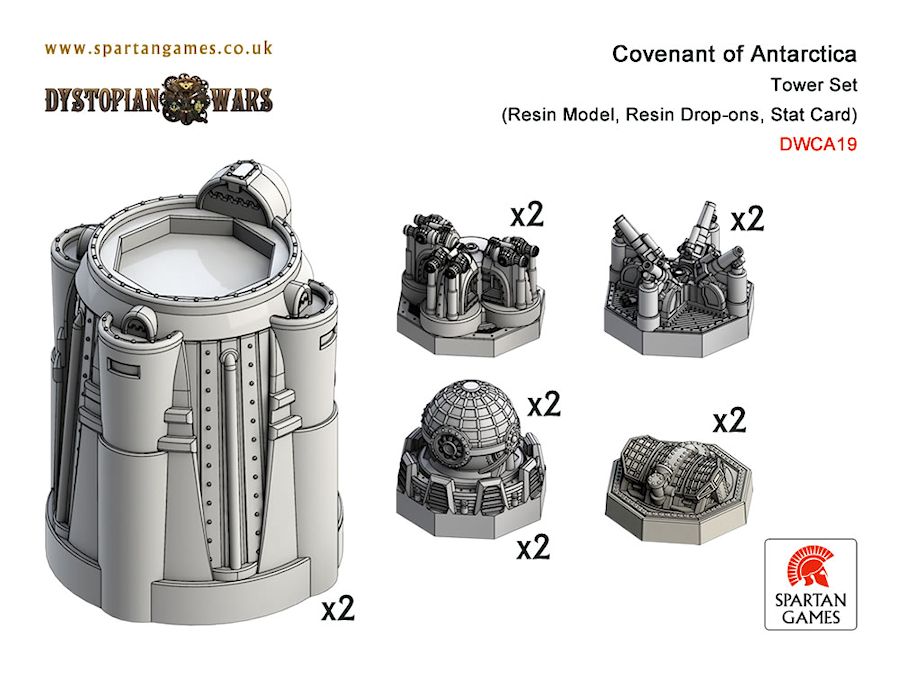 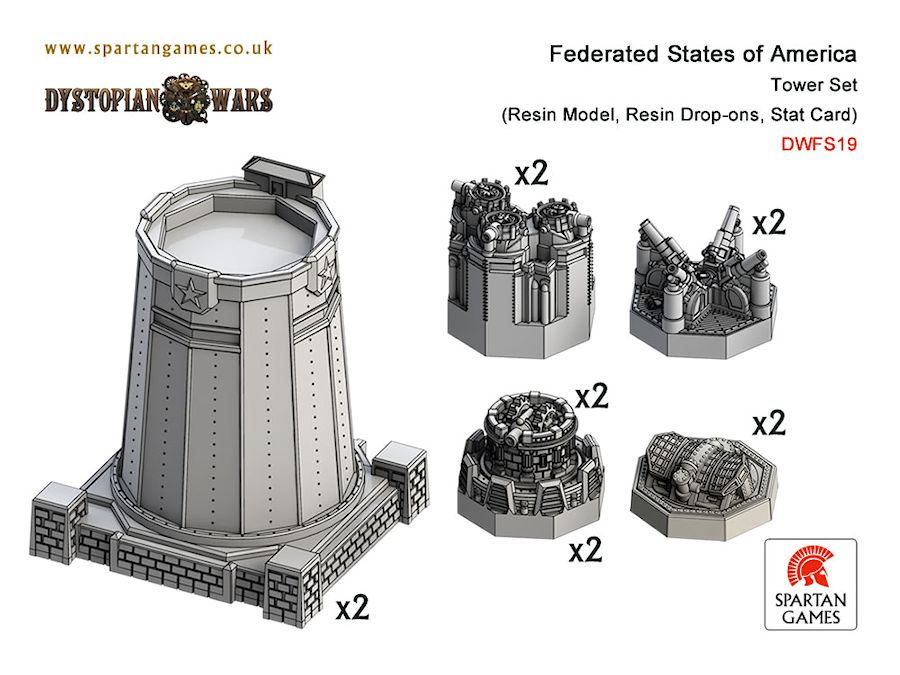 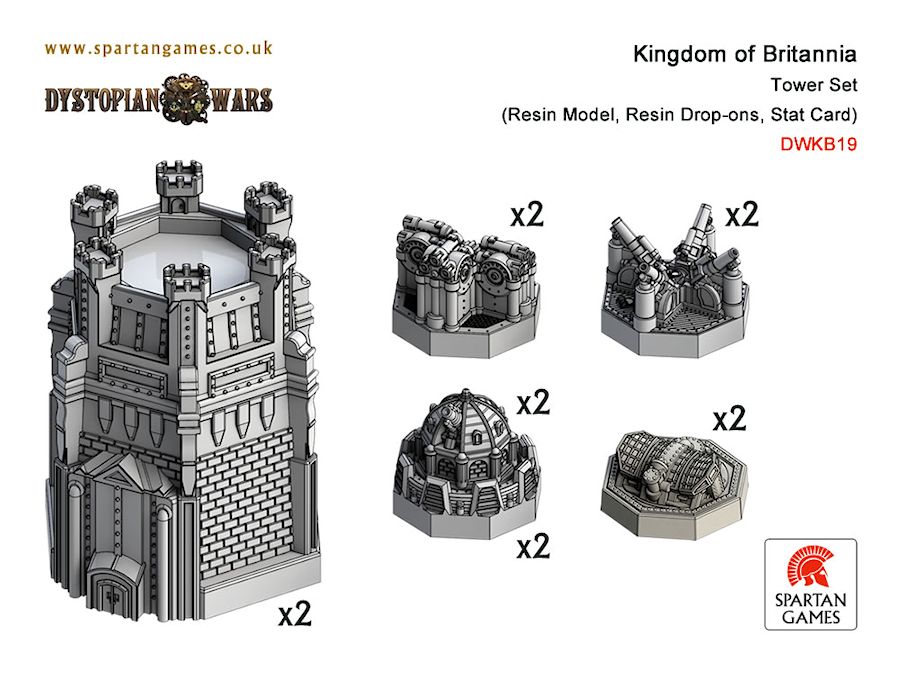 by Nameless
I see myself playing this game... weird, I'm not that much into steampunk and small scale...

by endrem
They are great!
I could not stand at the Hamburger Tactica and bought my starter pack of CoA with a Sky Fortress. I'm in preparing them for painting. Cool minis indeed.

by Nameless
endrem, could you write few words about their quality? some pics maybe?